Luckily, the HD gaming experience of 720p and 30 fps is only a stone’s throw away at a minimum of an Nvidia GTX 1030 or AMD Radeon R7 450 desktop GPU. In terms of mobile graphics, you should be able to achieve the same level of performance with a Nvidia GeForce MX150-powered laptop, like the
You do not have permission to view link Log in or register now.
. 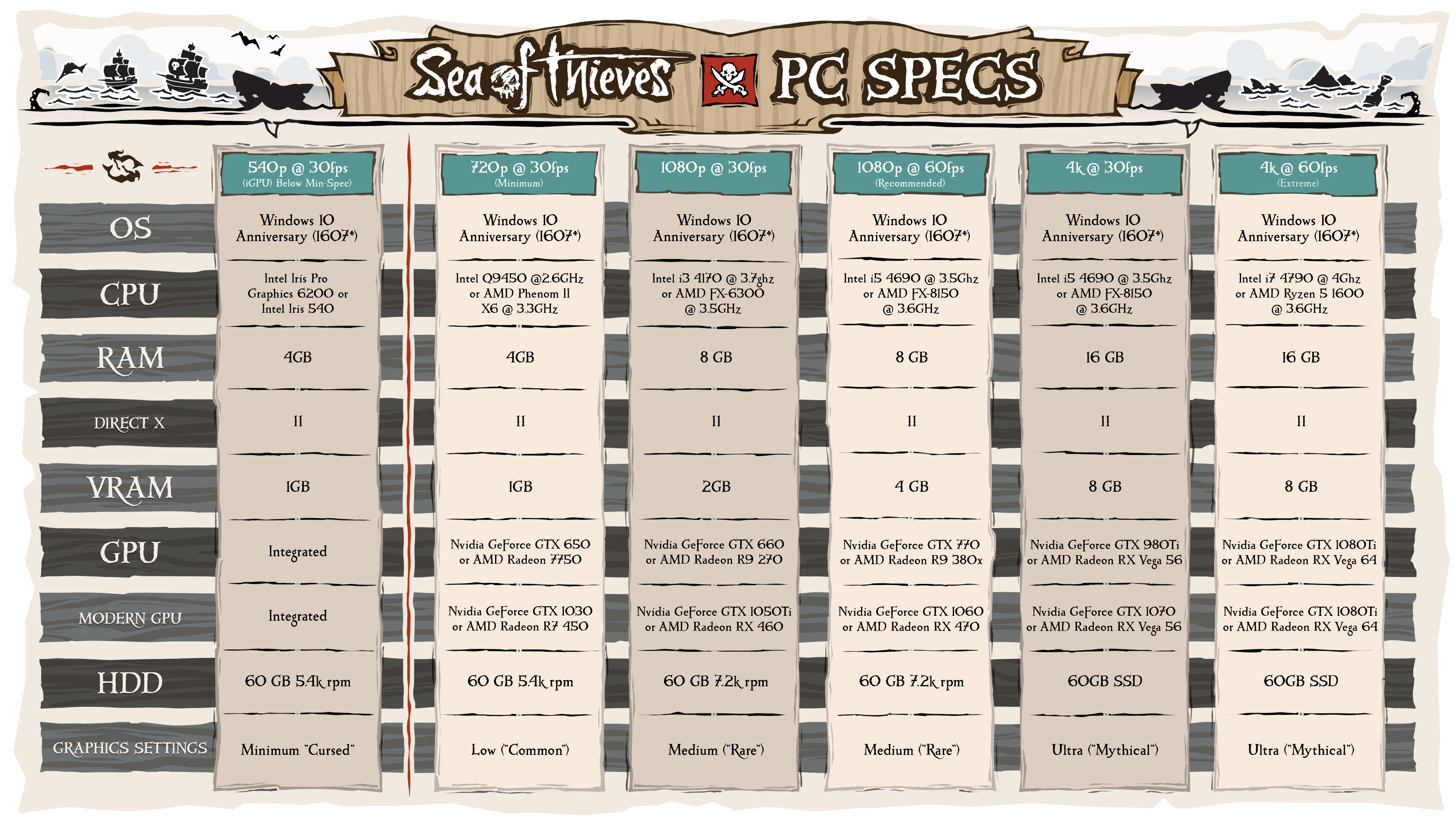 From there, Rare has shared a full breakdown of what system configuration you’ll need to run its swashbuckling sandbox adventure at higher resolutions and frame rates.

The best thing about picking up Sea of Thieves on the PC is the fact that it’s an Xbox Play Anywhere game, so your copy will work on both your
You do not have permission to view link Log in or register now.
and an Xbox One complete with cloud saves shared between both platforms.