Staff member
For those eager to know yet more about the much-anticipated Final Fantasy XVI, your wait is over.

Now, we’re able to quiz Yoshida-san to pull back the curtain (a little) on the game’s development. Here, we get his personal perspective on, amongst other things, answering the call to create the latest mainline Final Fantasy title, developing for PlayStation 5, and his favorite Summon. Let’s get to it.

PlayStation.Blog: What do you think are the core tenets of a Final Fantasy game? Did the development team look to past titles in the series for guidance or inspiration when building FFXVI?

Naoki Yoshida: I’d say the core elements of a Final Fantasy game are a deep story, deep gameplay, cutting-edge graphics and cutting-edge sound… as well as chocobos and moogles, of course.


In the 35-year history of the Final Fantasy series, it’s always been the guiding policy that each new installment has to be the very best game that the director at the time can put together, no matter how the game world, the characters, or the battle system might change. Because of this, gamers and Final Fantasy fans around the world have very different ideas of what a Final Fantasy game should be—but to me, it’s those elements I mentioned.

“Each new installment has to be the very best game that the director at the time can put together”
Click to expand...

When it came to deciding what to do with Final Fantasy XVI, I thought back to when I played the original Final Fantasy, and remembered how I felt like I was playing the leading role in a motion picture. I wanted to recapture that feeling in XVI, but with state-of-the-art game design and the latest in modern technology. The whole development team, under the directorship of Hiroshi Takai, has come together to make that dream a reality, so I hope you all look forward to it. 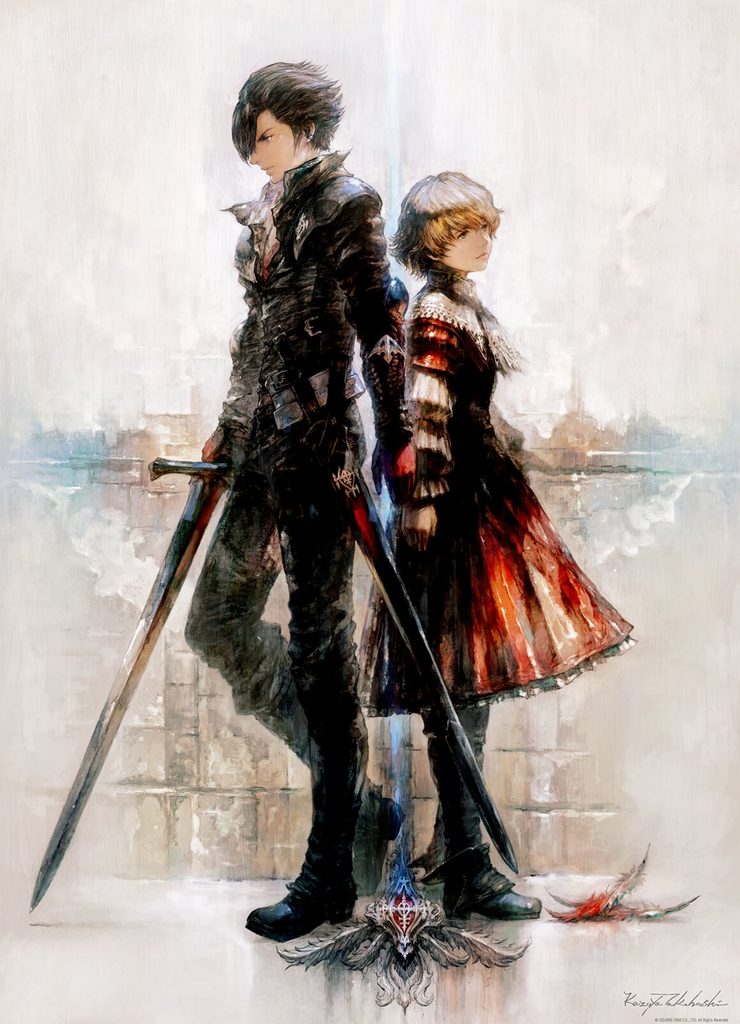 PSB: Thinking back to the beginning of the FFXVI project, do you remember how the conversation went when you were asked to produce this new mainline entry? What was your initial reaction?

NY: I said “Thanks, but I have my hands full with Final Fantasy XIV, so let me think about it.” I was truly honored that the company would choose my section, Creative Business Unit 3, to be responsible for making the next entry in the FF series. But, as you probably know, I’m already the producer and director of Final Fantasy XIV. I was worried that if I took on the directorship of XVI, too, fans of both games would have good reason to believe I wasn’t giving either project my full attention.

To ensure that the development of XVI didn’t affect that of XIV, we picked out a very small group of core team members to start with, and over the course of several years, slowly and carefully transitioned them across to start work on the new game, until we had the full team assembled.


PSB: How was the composition of the rest of FFXVI’s development team decided?

NY: Being the director of a Final Fantasy game is a tougher job than most people imagine. Not only do you have the expectations of the fans and the media to live up to, but you’re constantly under pressure from the development team, too. You always have to be up for the challenge.

I’d worked with Hiroshi Takai for many years, and he’s one of my most trusted colleagues, as well as a veteran developer, so I asked him if he would take on the role—and thankfully, he agreed. That’s how it all started. We brought two other members into the group, and between the four of us, we sketched out the core concepts of the game and its world, as well as the key themes that we wanted to put across, and started work on writing the main storyline. Later, we brought a few more members on board to take charge of the battle system and the graphics, and through a process of building on what worked and scrapping what didn’t, we gradually moved towards full-scale development. And all the while, in the back of my mind I was thinking “Please don’t let this impact on Final Fantasy XIV!”


PSB: Talking specifically about the story writing process (not narrative details), how has it felt switching from a multi-year, multi-expansion arc to a self-contained, standalone story?

NY: I’ve worked on games that aren’t MMORPGs before, so it wasn’t a major stumbling block. Plus, each new Final Fantasy XIV expansion has a similar level of new story content as a standalone RPG, or maybe even more, so it wasn’t too different to my work on that game. The only major difference I noticed was that, if I wanted to foreshadow something, I had to pay it off a lot faster!

NY: Yoshitaka Amano’s design for the logo is full of meaning, as you’d expect. It shows two Eikons facing off against each other… and the rest, for now, is a secret.


PSB: Following the debut of FFXVI’s new “Dominance” trailer during State of Play, we finally have a release window! Where will the development team be focusing their efforts during this final year before the game launches?

NY: Right now, the game is fully playable from start to finish, but we have a lot of voiceover in several languages that still need to be recorded. Final Fantasy XVI is a very action-oriented game, so we’re also doing a lot of playtesting to fine-tune the difficulty levels, as well as putting the final touches on the cutscenes, and going through a full-scale debugging process. A year is a short time in game development, so we’re all straining at the bit to get it over the line.

PSB: It’s now been confirmed that there are some Final Fantasy XIV dev team members (including you!) working on FFXVI — do you have specific systems or processes in place to ensure teams can perform to the best of their ability across two tonally distinct games without burning themselves (or yourself) out? I imagine lots of work on XVI must have been happening around the same time as final FFXIV Endwalker preparations…

NY: I wouldn’t call it a system per se, but the project managers and assistant producers on both projects do a great job planning out my schedule to make sure I’m not overwhelmed. I wouldn’t have a clue how to keep myself organized without them!

Any decisions regarding the overall management of the division I try to leave in the hands of the upper management as much as possible, which allows me to focus on my work as producer and director. Rather than a specific system or a process, it’s a sense of teamwork that we’ve built up over the years. Masayoshi Soken has his own people in the Sound department who handle his schedule for him.

The Eikons Garuda and Titan, and their Dominants, Benedikta Harman and Hugo Kupka

NY: It’s got to be Bahamut for me. He doesn’t just destroy his enemies, but the ground they’re standing on—even whole planets! Every time he appears, you know something incredible is about to happen. It helps that he’s a big part of the story of Final Fantasy XIV, too. As for the Summons that appear in Final Fantasy XVI, I do have my favorite, but I can’t tell you right now as it’s bound to result in a lot of speculation. What I can tell you is that they’re all as cool as hell!


PSB: The new “Dominance” trailer also teased more of the game’s music. With Masayoshi Soken now confirmed as FFXVI’s composer, can you share any insight into the trailer’s music? Was the music we heard in the trailer made just for this beat, or does it include themes and leitmotifs we can expect to hear in full in the game?

NY: Not all of the music is finished yet, but Soken’s the kind of composer who likes to repurpose parts of the in-game soundtrack in trailers. I’m sure you’ll have heard some of the themes and motifs that will make their way into the in-game music in the latest trailer. You’ll have to invite Soken for an interview to find out more—but please, only once he’s finished working on the soundtrack!

PSB: What are some opportunities afforded by the PlayStation 5 hardware that would not have been possible in previous generations?

NY: With the boost in processing power, we can obviously make the graphics even richer than we could before, but it’s the super-fast loading times that really impress me. In Final Fantasy XVI, you jump straight from story cutscenes into real-time battles and back again without any loading times, making the gameplay flow at a breakneck pace. It’s only thanks to the power of the PlayStation 5 system that we can make Final Fantasy XVI the roller-coaster ride that it is.